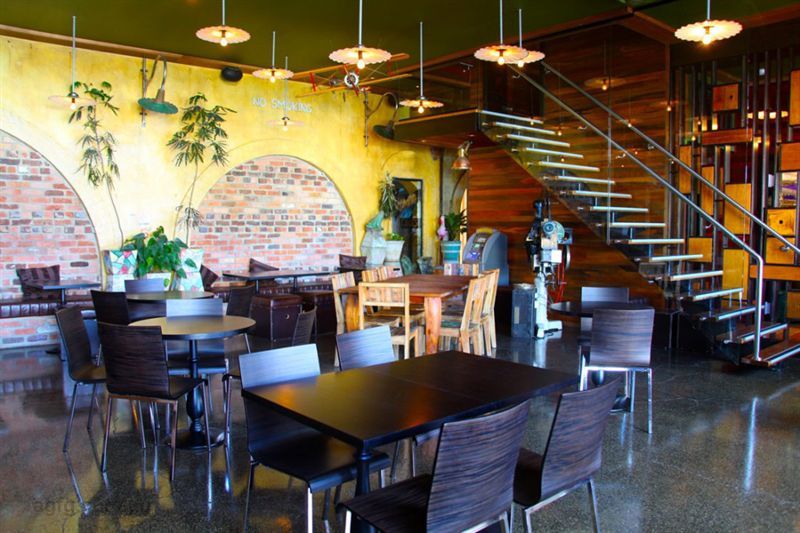 The Woodlands Hotel has always flown under the club’s radar a little bit.  Come July 2015, the Merri Mashers committee decided that enough was enough – we descended upon it for a monthly committee and a night of food, beer and good cheer.  We recommend Woodlands to anyone who happens to be up the far north side of Sydney Rd and fancies a pint.

Woodlands has been turned into a classy pub and restaurant with eccentric décor and delicious beers.  The downstairs drinking section is small, but features a decent-sized bar for the space.  Mornington Brewery, Kaiju, Red Hill and other breweries were on tap when we visited, with any other local microbreweries represented in-bottle.  The staff aren’t brewers but did their best to represent the beers faithfully.  One pulled out a bottle of Single Hop Galaxy IPA and said, “have you tried this?  It is made with the GALAXY hop!” – good work mate, you deserve a promotion.

Upstairs is a large function and restaurant space with chairs with wings, chaotic sculpture and an illuminated, old-school bar bedecked with spirits and beer taps.  One niggle with the pub’s dual-bar character is that they both run on independent POS systems, meaning your tab at the bar downstairs is no good for the bar upstairs.  That aside, service was swift, prompt and enthusiastic.  There is an outdoor area too – it’s very groovy to look at, but not so good in winter.

The food is average – nice burgers and fries, poor, underdone chips.  It is expensive for what it is ($20 burger, $25 parma) but you are paying for the ambience, which may or may not be your cup of tea depending on how dimly lit and kooky you like your drinking haunts.

The Woodlands Hotel is unique, genuine and worth a look.  It’s another gem in the inner north, bordering on middle-north, with a respectable selection of beer, an interesting design scheme and friendly staff.