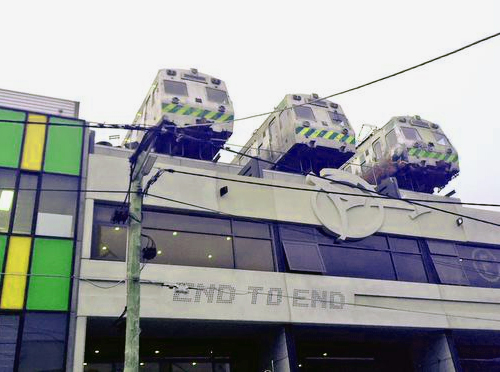 Easey’s is a trendy burger joint and bar just off Smith St. It is not just a bar, however – it’s a bar with a gimmick! Three train carriages rest on its rooftop, four storeys high on the side of the Fitzroy rise. They are the old style of train from the pre-Connex, pre-Metro days when you had to use your muscles to open the doors.
The bar is well-stocked with quality local beer and unique glassware. There’s nothing too extravagant, no saisons or wheat beers or dunkels or whatnot, but when I visited I was surprised to find Holgate’s ESB and Pale Ale on tap. A modest selection of spirits awaits if you’re that way inclined - tipples such as Melbourne Gin Company, Tromba Tequila and more. Don’t ask the staff about the beer; they have no idea.
Questionable music pervades the atmosphere of Easey’s and the train carriage seating is not for the claustrophobic. The views are excellent however, and some of the tables are perfectly set up for some up-close drinking shenanigans. The bar has also retained enough of the train’s details when outfitting to keep train buffs interested.
The downstairs section is a typical Melbourne café (very good coffee) with graffiti galore. Given how much wall space has been given over to graffiti (check out the whole stairwell!) it is ridiculous how little inspiration has been put into the designs. It’s just tag after tag after tag, creating a mosaic of sameness that feels try-hard rather than urban, cool or whatever the intention is. Thankfully some of Melbourne’s genuinely excellent street art is visible from the windows. 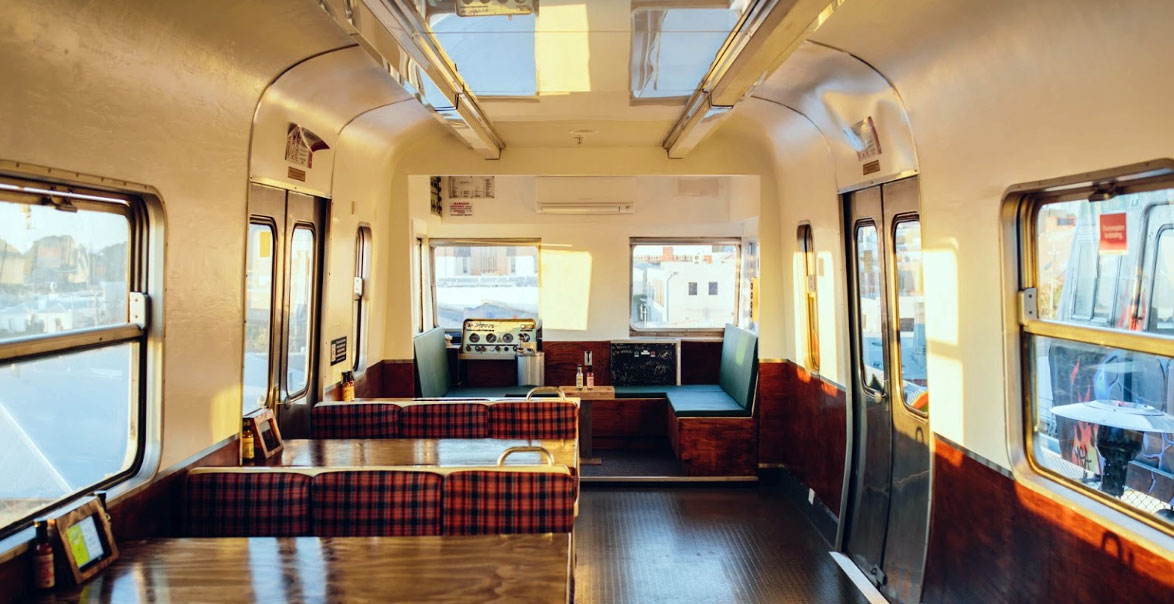 Do not go to Easey’s for the food. By all means book an event in the train carriage and enjoy craft beer at affordable prices (around $5 a pot) – but stick to the chips, which are decent. The burgers are not!
And given Easey’s the burger bar is supposed to be all about burgers (the owner wrote a book on Melbourne burgers!) it’s all the more shocking how bland they are. Think McDonalds, add an extra $5 to the price and you’re close. They’re that boring. The “American Cheddar” processed cheese is particularly insulting.
With all this said, it does feel like Easey’s is still in transition. The service is lax, staff knowledge is low, some of the lights don’t work and the kitchen was twenty minutes behind when we visited. A receipt was stuck to a window behind the bar with “Frequently Asked For” written on it – items included BBQ sauce, onion rings and milkshakes. No one was asking for better beer. So it may mature.
It’s hard to recommend Easey’s currently – as a bar or as a burger joint. But for all that, it is still an original - a pub in a train carriage, suspended thirty metres above Fitzroy.
It could just be so much more.