Probably not the first thing that comes to your mind when thinking about craft beer. However, this venue has been the home of the Northern Craft Beer Festival for two years now. The 2014 event was an absolute success. Punters were flooding through the gates to taste the finest brews Victorian micro breweries had to offer.

Maybe a few too many were granted entry to the festival on its inaugural event putting it's organisation to the test. This year the organisers were prepared and had set up the place in a more efficient way. Larger areas for the crowds to mingle meant for more space and less frustration among the festival goers. 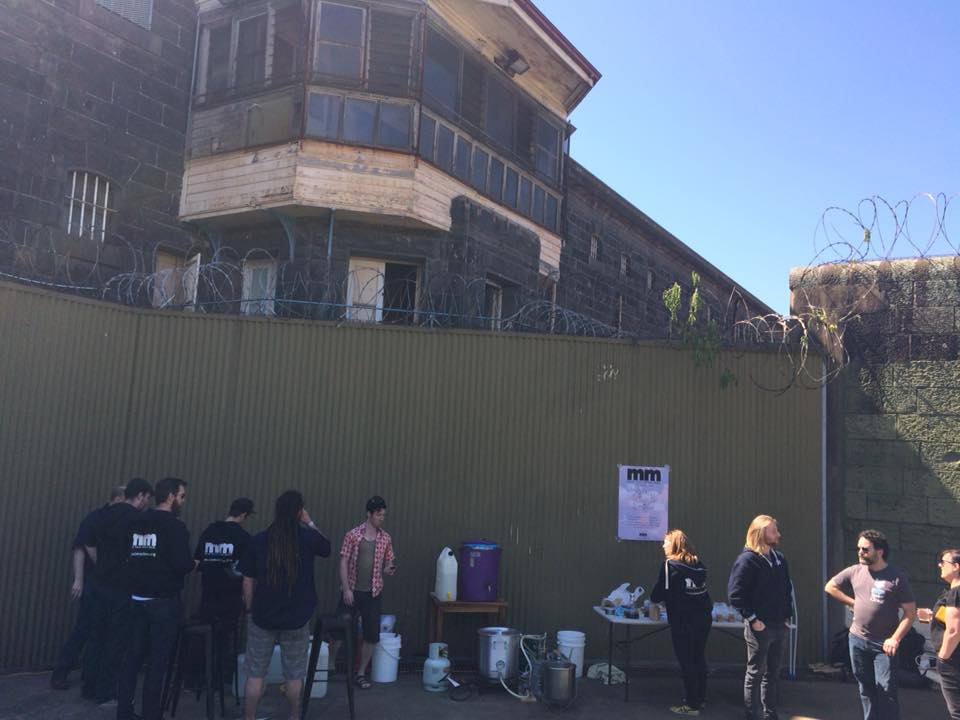 Surrounded by all the fine micro breweries, cider makers and food trucks there was a home brew club. The Merri Mashers were invited once again to talk about brewing and organise a brewing demonstration.

Last year's communal brew was a great success. We brewed a red ale created by current Vice President Shannon. That very red ale ended up winning a prize for “best session beer”, as voted by the majority of attendees at ANHC 2014's club night in Canberra.

Will we replicate that success with this year's Pentridge brew? 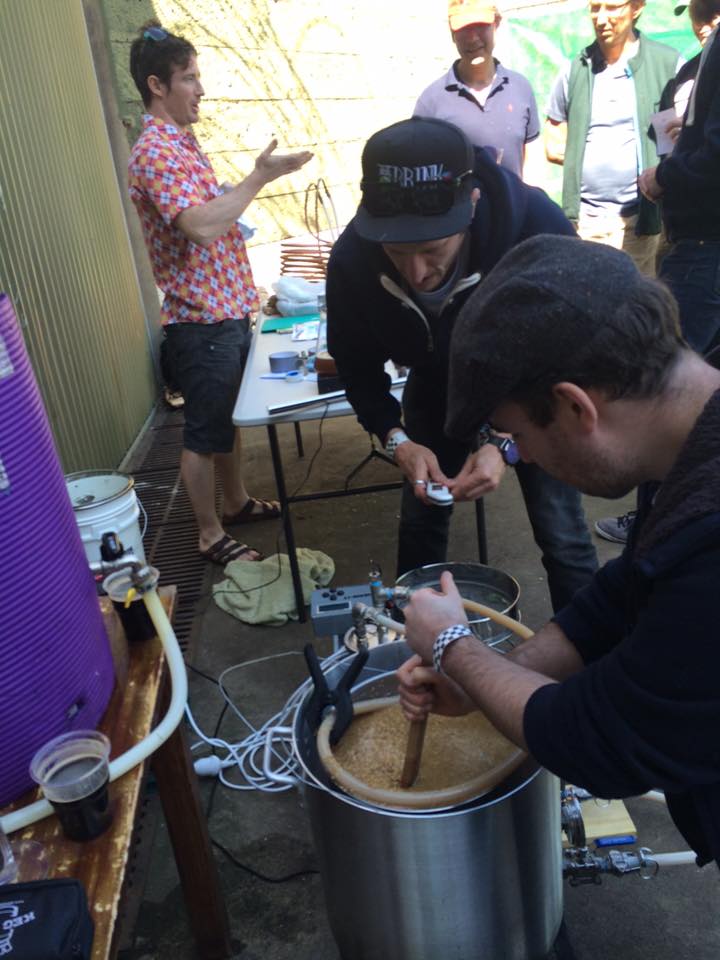 The weather was perfect and we were placed outside in one of the prison courtyards. Members Cam and Dahn had put their hands up to organise the brew demo. The beer was going to be an American Pale Ale brewed to a recipe created by member Nick. This was a proven recipe that had scored well and won first place in the Worthogs' Pale Ale Mania competition. It has since then been replicated by many members with great success.

The final recipe used on the day at Pentridge differed to the original recipe due to a shortage of ingredients - the bewers did not have access to the same hop varieties and grains. Even so we knew it was going to be a tasty drinkable American Pale Ale that would smell up the prison just beautifully.
Dahn's single vessel recirculating HERMS system was the gear of choice which intrigued onlookers and members alike. This was most likely the most bling the walls of Pentridge had seen since the Chopper Reid days.

The club was represented by eleven volunteers throughout the day and we were all busy answering questions about the brew, how to brew, who we were, favorite beers, etc. We had some grain and hop samples for people to taste and smell. Cam even managed to dare some guests into tasting a few hop pellets. Impressive! 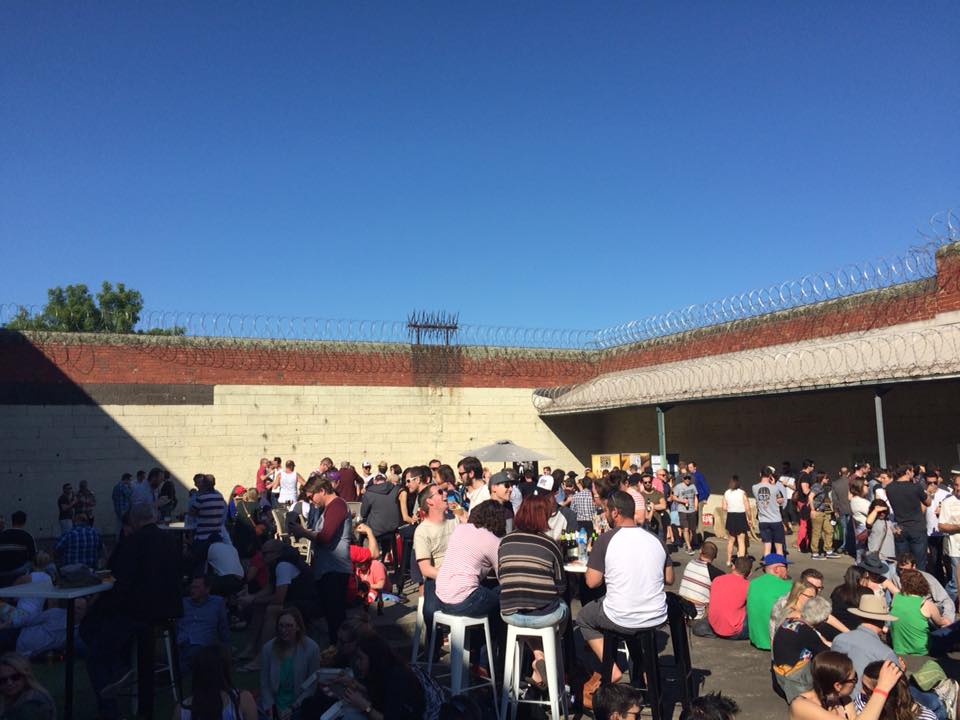 The brew went down without any major issues. All up it was a good day out and a great chance to spread the love of home brewing to the people. There was awesome commercial beer represented by mostly Victorian breweries, great food and a very relaxed atmosphere.

I think we did a great job showing what The Merri Mashers is all about and hopefully it wont be the last time we grace the prison courtyards with our presence!